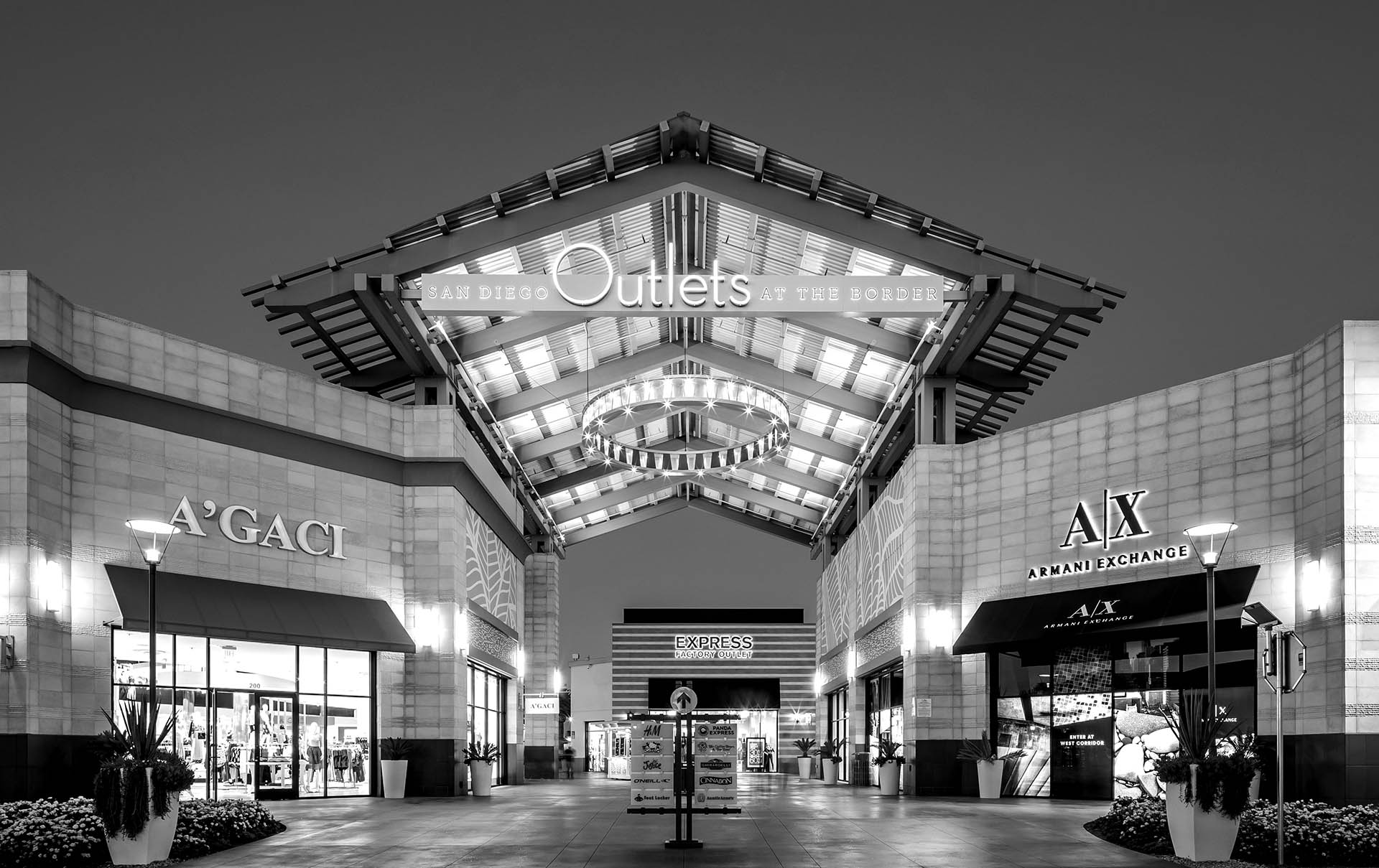 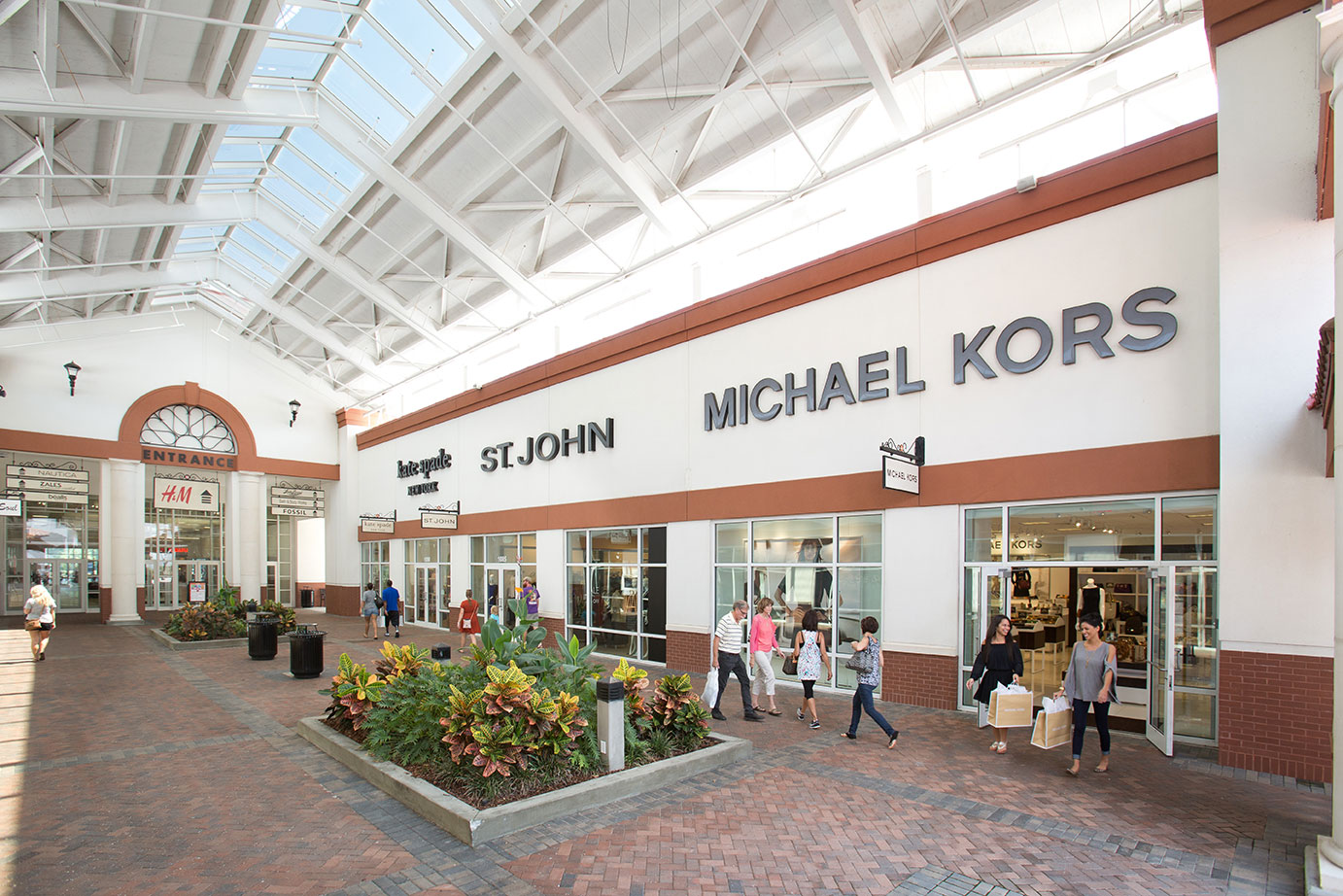 From Shopping Centers Today
A new wave of smaller, traditional developers is finding a niche in the factory outlet sector

Independent developers are breaking into the outlet business to chase a shrinking pool of coveted sites — generally, those near tourist hotspots or within 20 miles of cities with populations of at least 1 million. The nearly four-decade-old Woodmont Co. is among the newcomers on the independent (non-REIT) side of outlet development. For the past seven years, Woodmont has offered outlet-focused leasing-and-management services as a third party. Now this Fort Worth, Texas–based firm is breaking into outlet development as well. “We have three outlet projects in predevelopment — in Fort Worth; Tulsa, Oklahoma; and Woodstock, Kansas — slated to open in the fall of 2018,” said Stephen Coslik, the firm’s chairman. “Outlet development is a new direction for us.”

Global real estate services firm Avison Young has ramped up its outlet consultancy in part because independent developers are showing interest in entering the outlet business. “I spend a lot of my time doing feasibility analyses for private developers to determine whether their properties are viable for outlets,” said Tonya Creekmore, an Atlanta-based principal for the firm. “It could be ground-up construction or the conversion and remodeling of an existing retail asset to accommodate outlet tenants.”

According to a 2015 state-of-the-industry report by ICSC’s Value Retail News, the $46 billion North American outlet sector boasts 215 properties owned by a total of 67 developers, ranging from individual owners of a single property, to larger independents such as Craig Realty Group or Horizon Group Properties, to dominant REITs such as Simon or Tanger Factory Outlet Centers. As the publication points out in the report, the North American pipeline comprises 52 pure or hybrid outlet centers and one value-focused regional mall, set to open by 2018.

With the Des Moines and Little Rock outlet centers, New England Development will benefit from the absence of competing outlet malls nearby. “Both of these projects are in great areas with booming economies,” said Karp. “In the case of Des Moines, the closest outlet is 80 miles away, and our project is much closer to downtown, being just 14 miles from Des Moines International Airport.” The firm’s Outlets of Little Rock, meanwhile, is the first and only outlet mall in all of Arkansas — and there are no other outlets in the nearest states, within 138 miles. Located at the intersection of I-30 and I-430, the project is adjacent to the only Bass Pro Shops store in the state. The center includes the outlets of Banana Republic, Brooks Brothers, Clarks, Gap, J.Crew, Nike, Old Navy, RH and Under Armour.

Lack of outlet competition is also part of the appeal of the 200,000-square-foot outlet component at Celebration Pointe, in Gainesville, Fla., says Creekmore. With the help of Avison Young, two independent developers — RaCo Real Estate LLC and Viking Cos. — are delving into outlet retail for the first time, as part of the 1.1 million-square-foot mixed-use project, which contains retail, restaurants, office and residential, with the outlet component set to open in the fall of 2018. Though Orlando, St. Augustine and Tampa do boast outlet centers, they all happen to be roughly 100 miles away from Celebration Pointe, Creekmore notes. The property, located in the heart of Gainesville, is three miles from the University of Florida and five miles from General Growth Properties’ The Oaks Mall. The outlet component at Celebration Pointe “is definitely not in the hinterlands, like the traditional outlets have been historically,” Creekmore said.

By virtue of being closer to urban areas, in fact, many of today’s new projects effectively bypass the older outlets built back when department stores and brands insisted on keeping outlets farther away from the full-price stores, notes Scott W. Ferguson, a principal of Baltimore-based FFO Realty Advisors, which has acted as third-party development-and-leasing consultant on about a dozen outlet projects over the past six years. As those restrictions relaxed over the past decade or so, far-flung outlet malls began to seem too distant from dense pockets of shoppers to remain competitive, Ferguson says. Their designs, too, began to look outdated compared to the newer, experience-oriented outlets that were fast becoming the norm. “These outlets that are 50 or 60 miles away were often built inefficiently, in a kind of a village pattern,” Ferguson said. “They are now being replaced by closer-in outlets with more-efficient, racetrack-type designs. People can visit these closer-in outlets more than once every four or six months — now it’s once a month, or even more frequently than that.”

This is precisely the type of project Woodmont has in mind for The Outlets of Wichita, Coslik says. Centrally located off I-135 and 53rd Street North, this 300,000-square-foot center will be about 15 minutes from downtown Wichita on a 33-acre site. Its nearest direct competitor — Horizon’s The Outlet Shoppes of Oklahoma City — is about 150 miles away.

As independent developers make forays into the outlet sector, they may face any number of challenges. Some make the mistake of acquiring older properties for a bargain price, with the intent of turning these far-flung properties around, Coslik says. “Many people buy these things thinking they’re getting them for cents on the dollar,” he said. “But even if the site is OK, often these developers have no infrastructure at their companies to do the kind of leasing and, more importantly, promotion that you need in the outlet business.”

For the Outlets of Mississippi, which opened three years ago in Pearl, about five minutes outside of Jackson, Spectrum Capital (an affiliate of The Yates Cos./Yates Construction), brought in FFO for help. Though the developer enjoyed annual revenues of about $2 billion and employed some 6,000 people, it had no outlet experience, Ferguson notes. “We came in and really provided a good deal of the expertise on how to design, plan for, merchandise, operate and manage that outlet center,” he said.

FFO is now helping another independent developer — Majestic Realty Co., a top owner of master-planned business parks — to launch Los Angeles Outlets. The 400,000-square-foot project, slated to open next year with 90 brands, will require a top-notch marketing operation, Ferguson says. FFO advised Majestic to bring in outlet marketing specialists from Montville, N.J.–based Strategy & Style Marketing Group. “We often team with Strategy & Style to provide the full experience that a traditional Simon or Tanger might have in-house,” Ferguson said. “Together, we are kind of like a plug-and-play leasing-and-marketing team that can help [independent developers] compete immediately.” This is all the more important given the strong possibility that independent outlet developers will be forced to go head-to-head with these REITs, he says.

But even when such giants as Simon or Tanger operate outlets in a market, independent developers can still find suitable sites, Coslik says. In Dallas–Fort Worth, Simon operates both Allen Premium Outlets and Grand Prairie Premium Outlets. Tanger, too, operates an outlet in Terrell, near Dallas. “Given that Dallas–Fort Worth has 7 million people, there is room for at least one more,” Coslik said. Woodmont intends to fill the niche with its Outlets at Alliance–Fort Worth, planned for a site at I-35 West and I-170 that is directly across from the second-most-productive store in the Cabela’s chain (4.5 million visitors and $100 million in sales annually). The center will be about 18 miles from downtown Fort Worth.

New malls do not represent the only growth opportunity in the outlet sector, however. In both Palm Beach and Asheville, New England Development acquired old regional malls, scrapped them and created new outlet centers. Other developers, including EB Development, are similarly seeking to reposition existing full-price malls into more productive outlets. Yet another growth opportunity comes in the form of hybrid properties with a mix of full-price and off-price stores, Creekmore says. “Outlet tenants are also looking at properties that are not 100 percent outlet-focused,” she said. “For instance, some outlet tenants will look at Whole Foods shopping centers as their anchors.”

As a caveat, it is important to note that locating more outlets close to full-priced retail does potentially run the risk of a backlash, Creekmore says. “These outlets that are opening closer in to the urban core, what they are finding is that it is hurting the sales of the nearby malls,” she said. “Some retailers now are saying: ‘Whoa — maybe we don’t want to do these outlets so close and cannibalize our mall stores.’ But they don’t know for sure yet. The verdict is still out.”